Membership is voluntary. The NCAA operates along a series of bylaws that govern the areas of ethical conduct, amateur eligibility, financial aid, recruiting, gender equity, championship events, and academic standards. The NCAA has enforcement power and can introduce a series of punishments up to the death penalty, the company term for the full shut-down of a sporting activity at an offending college. Coaches are offered contracts and if any contractual agreement is violated NCAA has the right to hold any person(s) under the contract liable.

Title IX is an increasingly important issue in college sports law. The act, passed in 1972, makes it illegal for a federally funded institution to discriminate on the basis of sex or gender. In sports law, the piece of legislation often refers to the effort to achieve equality for women’s sports in colleges. The Office of Civil Rights (OCR) is charged with enforcing this legislation. This agency implemented a three-prong test for schools to adhere to:

Are the opportunities for female and male athletes proportionate to their enrollment?
Does the school have a history of expanding athletic opportunities for women?
Has the school demonstrated success in meeting the needs of its students?
In 1995 the Gender in Equity Disclosure Act was passed to require schools to make an annual, public report on male-female athletic participation rates, recruiting by gender, and financial support. The U.S. Supreme Court’s decision in Brown University v. Cohen, is an important aspect of litigation for women sports.

A critical piece of federal legislation, the Amateur Sports Act of 1978 guarantees certain due process rights including hearings and appeals for U.S. athletes under the governance of the USOC and its NGBs.

Labor issues in sports
In 1967, the National Labor Relations Board accepted that players have the right to form unions or players’ associations. It is now common for professional athletes to organize into associations or unions in order to negotiate collective bargaining agreements’ (CBAs) with their sport’s owners. Under federal labor law, players and owners must negotiate mandatory issues, those relating to hours, wages, and working conditions, in good faith. All other issues are deemed “permissive,” and do not have to be negotiated. Once a CBA is in place, players agree not to strike and owners promise not to lock out players. By way of example, the 2005 National Hockey League season was cancelled because of an owners’ lockout after the parties’ CBA had expired. In 1994, Major League Baseball lost half its season and the playoffs because ballplayers went on strike over the issue of a salary cap. Historically, the most controversial issues subject to CBA negotiation are free agency, minimum salary, squad size, draft, salary cap, grounds for termination, and suspension.

In nearly all professional sports, the issue of limits on the use of performance-enhancing drugs has become an integral aspect of CBA negotiations. Drug policies are not uniform for all professional sports. Typically, each CBA explains the policy regarding drug testing, list of banned drugs, violations, penalties, privacy issues, and rights of appeal. Drug violations may lead to suspensions and loss of salary. The BALCO controversy involving high-profile professional athletes and coaches highlights the allegedly widespread use of performance-enhancing drugs in different sports.

Sports agents are generally certified by each sport’s players’ association. Once certified, agents or contract advisors may negotiate individual player contracts. Agents who are entrusted to conduct business on a player’s behalf owe a fiduciary duty, i.e., a duty to remain loyal, act honestly, behave ethically, and act in the player’s best interest when negotiating. More than half the states in the United States currently regulate the activities of agents in addition to union regulation for bad acts. Super agents like baseball’s Scott Boras and football’s Drew Rosenhaus are frequently the subject of media profiles.

The first body to assist agents in learning the ins and outs of contract negotiations, endorsements and media relations was the Association for Representatives of Athletes (ARPA). The co-founders and leaders of ARPA, since absorbed into the NFL Players Association, were Professor William Weston of the University of Baltimore Law School and Professor Michael E. Jones of the University of Massachusetts Lowell. The late Bob Woolf is acknowledged[by whom?] as being one of the first agents for assisting Boston Red Sox pitcher Earl Wilson to negotiate his player contract. Learn More Here 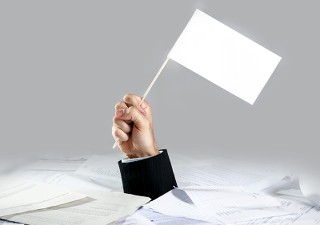